Pesticides used in Conventional Farming are used to kill weeds (herbicides), insects and other pests such as fungi, algae, rodents, bacteria etc. To be effective & to achieve their purpose, these are generally designed to be toxic. This toxicity ends up affecting many intended and unintended targets.

Chemical pesticides, fungicides, and herbicides post cancer risk to those who are exposed to these compounds. They pose serious risks to vulnerable individuals such as children and pregnant women, and to those with a health condition such as asthma. Not just individuals, some pesticides pose a serious threat to wild bees, honey bees & some birds as well. As some of these insects are vital for crop pollination, their loss would be a disaster for food production. With the indiscriminate use of pesticides there has also come about a spike in cancer rates in industrial farming areas recently. The recent Monsato trial being the latest proof for the same.

While some pesticides have been banned by various countries, there are still many that are allowed to be utilized in traditional farming that have been shown to increase risk of cancer, cause reproductive problems, and cause many health troubles associated with disrupting the endocrine system. Numerous studies prove the same. There are various personal examples from USA and Canada where in farmers have transitioned to organic as a necessity to save their health. 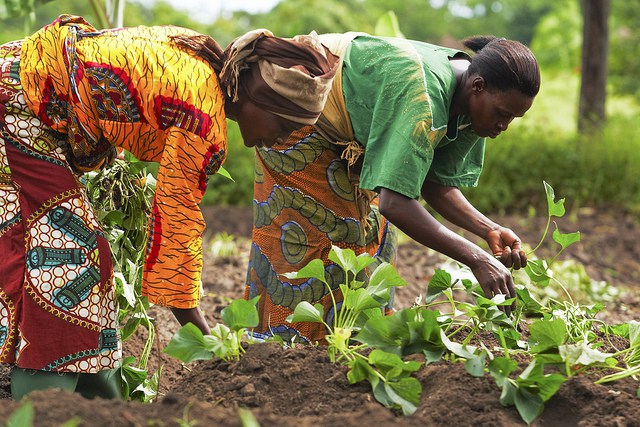 Organic agriculture on the other hand largely excludes synthetic inputs – pesticides,herbicides and fertilizers – and focuses instead on long-term ecological health. Studies have shown many positive effects of organic farming. For example, some studies have found that organic cultivation methods have positive effects on the microbial population, allowing for a more natural bio-control of unwanted organisms instead of using a chemical arsenal of products. Unlike conventional farming methods, organic farming uses methods to preserve topsoil quality & biodiversity as well as seeds that are adapted to local soil and climate. Many reviews indicate lower overall energy use / greenhouse gas output for organic farming, in part because fertilizers and pesticides are made and spread using fossil fuels. Organic Farming is safer for the farmers as well as those eating the organic food because of remarkably lesser amount of pesticides in the food.

Conventional farming and food production practices all over the world are creating serious environmental and public health problems.Thankfully, we have an alternative: Organic Farming. By 2050 we’ll need to feed two billion more people world over. We believe that Organic Farming may be the only way to do it sustainably.